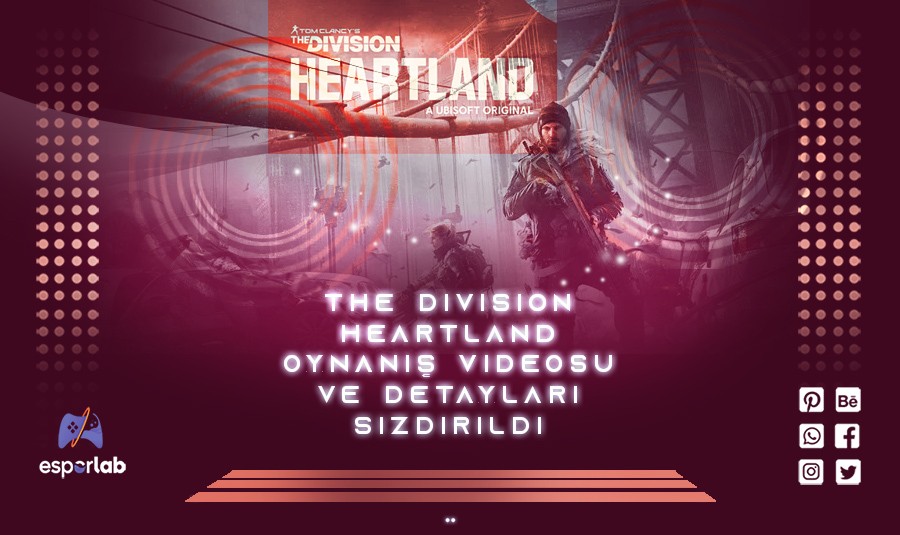 The highly anticipated The Division Heratland gameplay video and details have emerged. So what awaits us in the new game?

France-based game studio Ubisoft recently announced its new Tom Clancy’s The Division game. The game, which will be presented to the players under the name of Tom Clancy’s The Division Heartland, attracts a great deal of attention from the players, especially since it will be released completely free of charge. Although game lovers are excited about the game, Ubisoft has not yet shared about the game content.

Many important details about the game, whose details are eagerly awaited by the game lovers, have come to light. The images obtained from the closed test phase of the game were shared on the internet today. The exact gameplay and mechanics of the game has also been conveyed to the testers by Red Storm Entertainment Lead Game Designer Taylor Epperly.

The video shared by SkyLeaks begins with Taylor Epperly explaining the game to the players. In the game, which will offer a new The Division experience, players will move from major cities to an American city called Silver Creek. Players will be able to learn the story of this mysterious city in the co-op PvE game mode called ‘Expedition’. The game will also have a 45-player PvPvE (against both players and artificial intelligence) game mode named ‘Storm’.

According to Epperly’s reports, players who will try to escape from the most invisible and aggressive virus ever seen in The Division games will struggle to explore, loot, fight and survive in this escape mode.

What is known about the Division Heartland

Taylor Epperly is giving testers a stern warning, but players do not seem to heed this warning. The documents and details shared about the game are as follows;