May Views of Twitch Platform Announced

May Views of Twitch Platform Announced 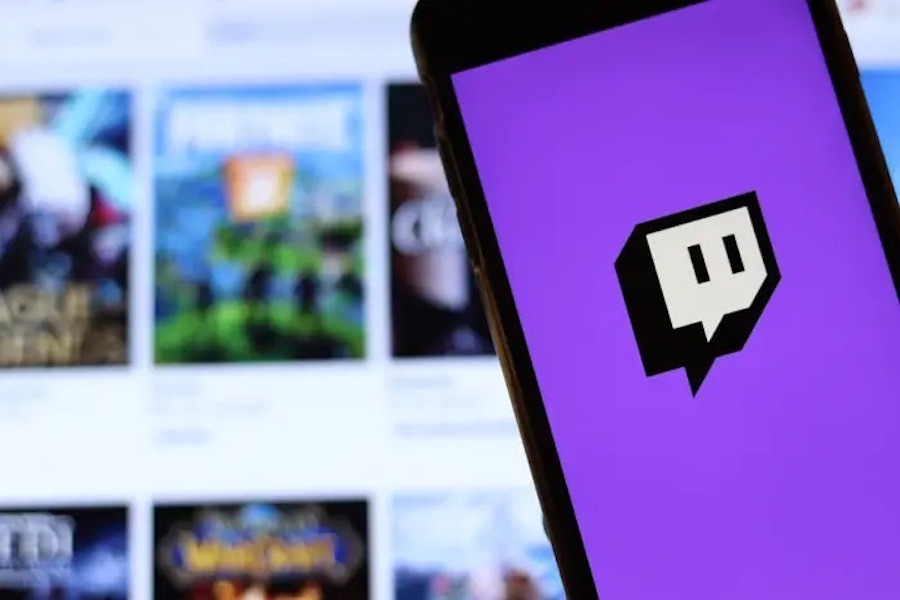 According to research by Rainmaker.gg, a partner of StreamElements, Twitch managed to set a new record with 2.2 billion hours watched in May. While the Twitch platform has grown by 37 percent, the Facebook Gaming platform has reached an average of 400 million hours of viewing with a 23 percent growth.

Among the content watched, games such as Grand Theft Auto V, League of Legends and VALORANT reached huge viewing figures. Just Chatting, one of Twitch’s most popular categories, experienced its first decline in monthly viewership.

Just Chatting continued to be at the top of the table with 279 million hours watched, a decrease of 1 percent compared to the number of viewers in April.

Due to the lack of a major tournament due to the coronavirus pandemic, we see that Dota 2 has caused a drop from the 10 most watched games. Dota 2 is replaced by the Resident Evil Village game, which has 48 million hours of views. 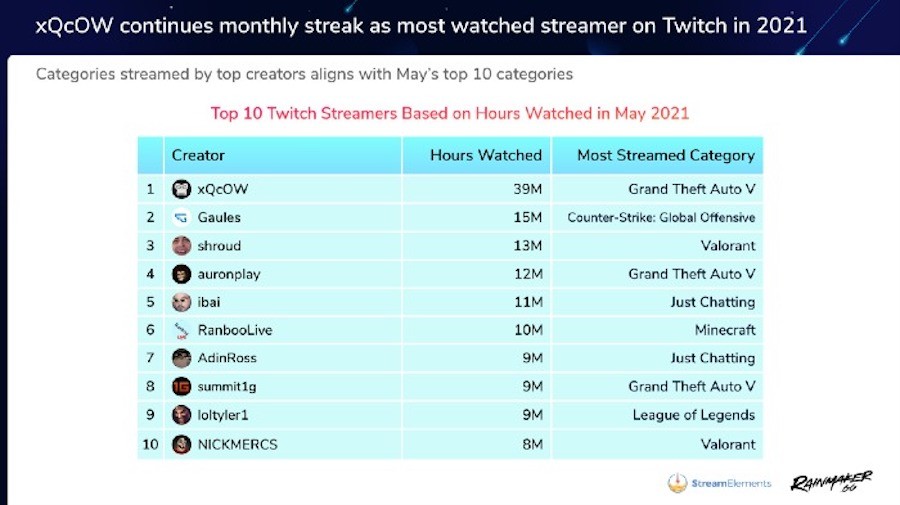 Apex Legends sees a significant increase in the number of views in May, increasing by 33 percent in total, reaching 61 million hours watched. Individual content producer xQc remains the largest streamer on the platform with 39 million hours watched, while Gaules, shroud, auronplay and ibai made the top five with 15, 13, 12 and 11 million hours respectively.