Posted By administrator Posted On 17 May 2021 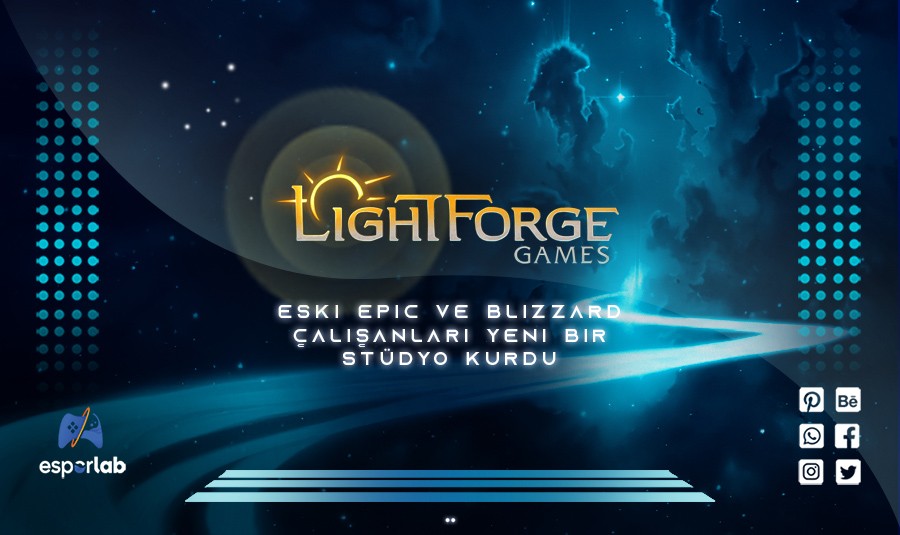 Former Epic and Blizzard employees, who have signed many important games, established a new studio. What kind of games will this studio produce?

A group of former Epic Games and Blizzard developers, who have signed on important games that players love, announced that they have established a new game studio called Lightforge Games. Explaining that they will focus on RPG games, this independent studio excited the players. In the statement made by the studio, it was announced that they are working on a social video game platform that supports the cross-platform (cross-platform) feature and where all RPG lovers can hang out with other players and create new worlds for themselves.

In the staff of the newly established Lightforge Games; Matt Schembari (Former UI manager, Epic Games), Dan Hertzka, Nathan Fairbanks (former project manager and producer, BioWare, ZeniMax Online and Epic Games), Glenn Rane (former art director, Blizzard) and Marc Hutcheson (Blizzard and Epic Games’ It seems that there are important names such as former brand manager and marketing director). Games developed by these employees include major games such as World of Warcraft, Star Wars: The Old Republic, Overwatch, Fortnite, and The Elder Scrolls Online. The CEO of this indie game studio was announced as Matt Schembari.