Dark Passage (@DPgaming), one of the successful organizations in our country, announced its new Wildrift team. Here are the team members.

As the countdown continues for VFŞL 2021 Summer Season, esports teams continue to announce the new teams and players they add to their organizations. On Tuesday, June 8, Dark Passage announced the League of Legends : Wild Rift team.

According to the statement made by Dark Passage, the team consisting of Nyrone, Mandos, Nexus, Hidan and Xperia will now sweat for the Wild Rift organization of the Blue and white team.

With the announcement, information was also given about the Wild Rift Origin Series tournament, which the team is currently fighting. According to the statements by the team, the Wildrift team, consisting of 5 people, successfully qualified within the scope of the Wild Rift Origin Series tournament and made its mark among the teams that qualified to compete in the monthly finals. 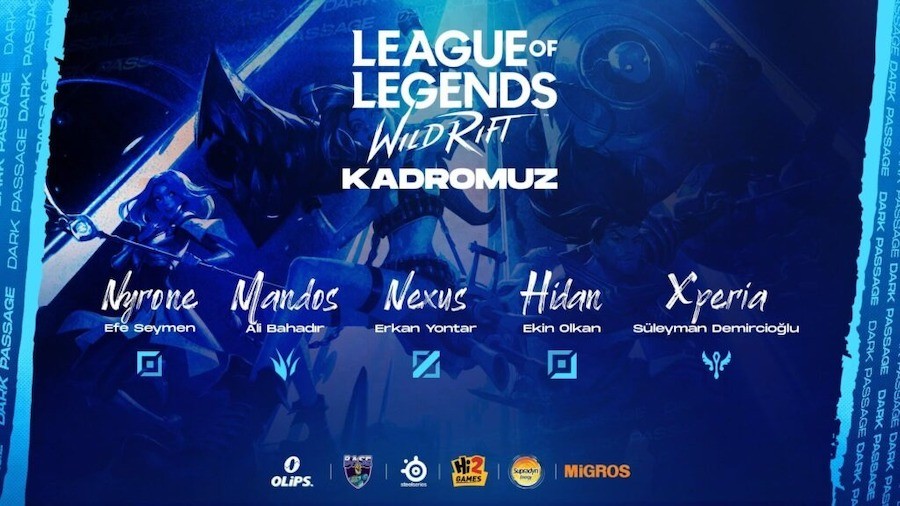 We will see if the team will be successful in the coming days.